On: Oct 21Author: flishCategories: Blog, On the Hills, Outdoors, Travel No Comments

First time up a mountain, so we thought we’d hit 3 in one shift with our hike up Scafell, Scafell Pike and Lingmell from our basecamp for the weekend, the National Trust campsite at Wasdale

Firstly credit to Dave Roberts who’s Scafell Pike via Scafell – The Walker’s Route was the inspiration for this, however the comments about taking care to avoid Broad Stand can’t be over estimated, especially if the weather and visibility turn (it did!) and you have a lead attached dog that adds a new hazard to the climb back up (we did!). After the event I discovered this image (I annotated the orange line to describe our route) which shows the route down from Scafell, and back up to Mickledoor; 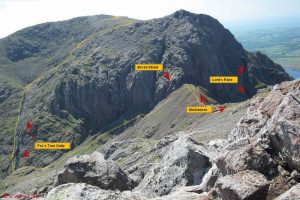 Except of course the reality and visibility we had on the day was much closer to; 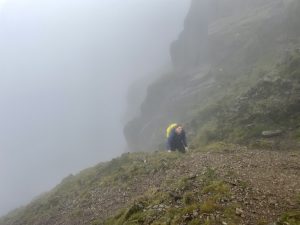 So if nothing else think carefully, it changes quickly, navigation becomes a challenge, your eyes lie and dogs don’t help! (PS: Lakes Weather forecast for the day was great for October, that lied too!)

But importantly, we had a great time, if it were easy it would be easy. Goals achieved, memories made and then some, on to the next adventure. 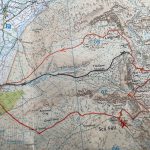 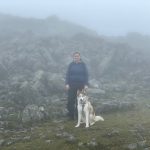 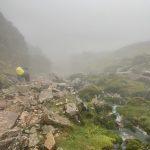 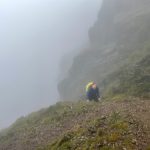 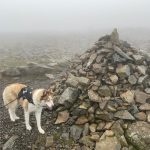 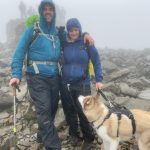 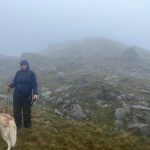 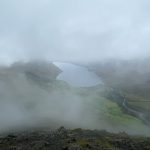 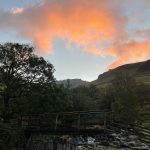 ← Double header of @MowdenPark mens team wins, a @FalconsRugby win and obviously as ref I win my game 😋 Good day for rugby 🏉
→ Meanwhile, somewhere, in Leeds, on a school night 🍹